Okay, I’ve been getting shit for not writing more, and between suddenly having more viewers (even if most of you are BU fans) and how jacked up I am about the Pats game, I feel like giving a quick post about tomorrow’s Yale game.

Unfortunately, due to training for my recent promotion, I won’t be able to attend, but Matt will apparently be making the trip down to the only hockey arena in the country that is literally shaped like a whale. There, he will watch UMass play the current #15 team in the country and #8 in the Pairwise, a game that will pretty much make or break their already-slim chances of playing their way back into the at-large picture. Getting swept by Colgate dropped them out of the Teams Under Consideration bubble, but remember, after Yale, they also have one against one of the two New Hampshire schools, who are currently 2nd and 3rd in the rankings. If UMass continues its up-and-down rollercoaster ride back in the right direction, a couple wins to close out 2012 would get them back into the mix at least; of course by that logic they’ll probably somehow lose to Bemidji State in between.

Mark will probably have a more hockey-intensive preview tomorrow, but the Bulldogs come off a winless home weekend of their own, getting smoked 6-1 by RPI and then tying Union 2-2. They’re led by senior Antoine Laganiere and junior Kenny Agostino, who have combined for 14 of their 33 goals on the season. Senior Jeff Malcolm has played a majority of the minutes in net, with a 2.45 GAA in 9 games (remember, the Ivy League teams start later in the season because they’re ever so much smarter than you or I.)

Honestly, we have next to no material for this game, because it’s fucking Yale and really, other than the aforementioned rink shaped like a Yale, we don’t know what we can do to make fun of them.

Really, there’s no good material to work with here. They’re in Connecticut, but it’s Yale, nobody thinks of Yale when they think about things they hate about Connecticut, not with that dump a little up the road in Storrs. Plus, New Haven’s not the worst place ever, despite the numerous warnings Matt is getting from those who know better than us. (He already lives in Springfield. Please.) I even tried Googling “Yale hockey sucks” to see what other ECAC schools’ fans were saying about Yale, but then I remembered Cornell is the only Ivy League hockey school with fans, and they apparently couldn’t care less. And how can you hate on Yale when you find out they were responsible for this?

This is seriously fucking awesome.

I even tried looking at their list of notable alumni (which, as you might have guessed, is rather lengthy). But for every George W. Bush who went there, there’s a Bill “Greatest Man of All Time, Non-Kublin Division” Clinton. Clarence Thomas went there, but so did Sonia Sotomayor. My high school sophomore English teacher who drew triangles under everything she wrote on the board to emphasize points and said “umm” and “like” every other sentence went there, but so did the eloquent Silver Fox himself, Anderson Cooper. It’s a wash.

This may be the best I can do. Thanks, Wikipedia (?)

Here’s hoping Matt finds some hilarity to tweet about during the game, because we may have to resort to making our own fun. And when we do that, this tends to happen. 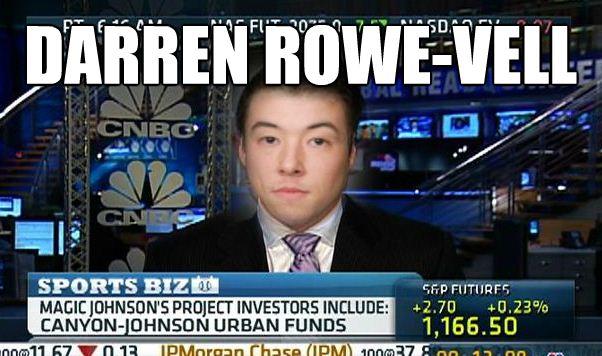 Lol but seriously, a win would be swell. Not only can we not fall back on toothpaste jokes after another loss – we really got nothin’ at all to work with. Thanks, Yale. (Assholes.)